Inspirational stories: Getting a tattoo when you are old | 10 Masters

Inspirational stories: Getting a tattoo when you are old

Tattoos are not just for young people

You have probably seen how all the people who decided to get tattooed when they were young, today are getting old in a very stylish way. Can you imagine how millions of people who currently get tattooed, maybe even yourself, will grow old together with their designs?

But, how many people decide to get tattooed for the first time when they reach old age?

This is the case of Gloria Weberg, a brave and energetic woman, who had the incredible initiative to get a tattoo when she was old. Her dream came true when she turned 80. At that time, she had the first illustration tattooed on her arm, a goddess who symbolizes Mother Earth.

Then, at 90 years old, she decided to capture the drawing of several stars that surround the lower part of her previous design that represent her children. For now, and to celebrate her 100 anniversary, Gloria visited her tattoo artist and added as a third piece, the year and place of her birth "NY NY 1922", located under the stars.

We look forward to witnessing her next tattoo at 110 if it’s meant to be.

Gloria Weberg poses with her new tattoo at her home in St. Joseph, Michigan.

Another wonderful story is that of an old man from Madrid (whose name is unknown)At the age of 71, he decided to go to a tattoo studio to get his wife’s dedication tattooed on his skin. The phrase said, "I love you. Pilar" and it was written on a photograph where they are holding hands at a dance they attended together back in 1963.

When the man handed the design to the tattoo artist, he asked him to make it exactly the same. He wanted it to be engraved in a place where he could see it every day, in order to remember his wife.

Before leaving the studio, he said that this is what “a man in love” does.

We’ll finish with the adventurous Dorothy Pollack, a 103-year-old woman!

Dorothy was staying in a nursing home in Muskegon, Michigan. She spent the entire pandemic there, she couldn’t see her relatives, since the restrictions did not allow visits. Her hearing impairment did not facilitate telephone calls either. The nurses said this was caused her depression. 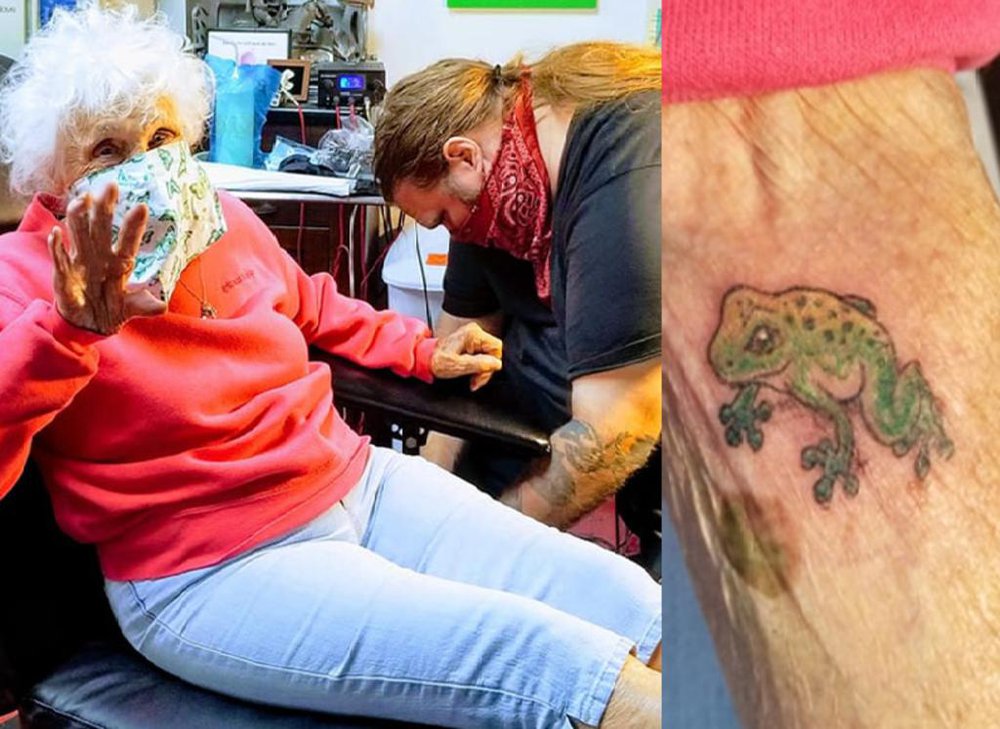 Dorothy Pollack during her first tattoo session at age 103.

The tattoo artist in charge of making her design, Ray Reasoner Jr, from the AWOL Custom Tattooing studio, was surprised that during the session she behaved like a champion and almost did not wince.

After getting her fascinating tattoo, Dorothy crossed it off her list and did the next thing: to ride a motorcycle. This adventurous woman shows that there is no age to make your dreams come true. 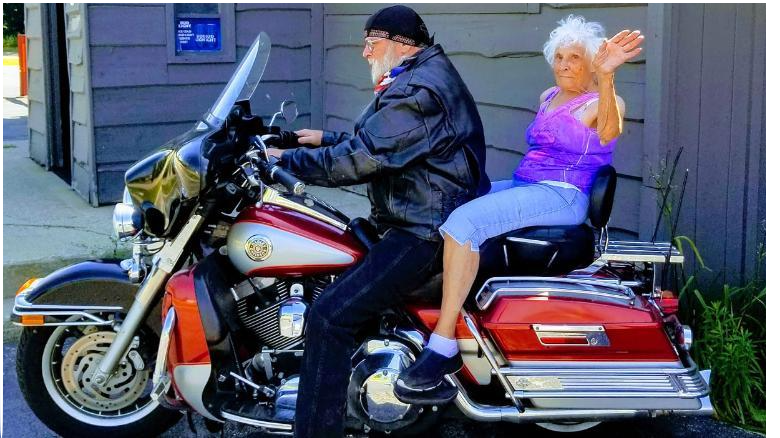 Dorothy on a ride with Ray Reasoner Jr.'s father on his Harley Davidson.

What message would you send them? Would you like to have the same attitude at their age? We can’t wait to read your comments below!