Discover the most common types of tattoos in the world.

By now there are thousands of tattoo styles and artists create new ones every day. Many of these designs stem from historically popular tattoo styles, many of which have been around for decades, sometimes even centuries.

Here we've collected classic and different tattoo styles that you should definitely know before you get into tattoo design.

If you're a beginner tattoo artist and looking for the perfect tattoo style, you may not know the exact term for what you're looking for, but chances are you already have one of these styles in mind.

If it's hard to figure out what your perfect tattooing style should be, we hope the styles shown below will help you narrow it down further.

This is the type of tattoo you probably think of first, as it’s one of the most popular tattoos styles; an old-school style characterised by bold outlines, a small colour palette, and similar motifs. They are closely linked to maritime symbolism and images of pin-up girls, wild predators or a combination of hearts, roses and daggers.

This tattoo style was made famous by Norman "Sailor Jerry" Collins in the 1930s, but is still a common choice today. 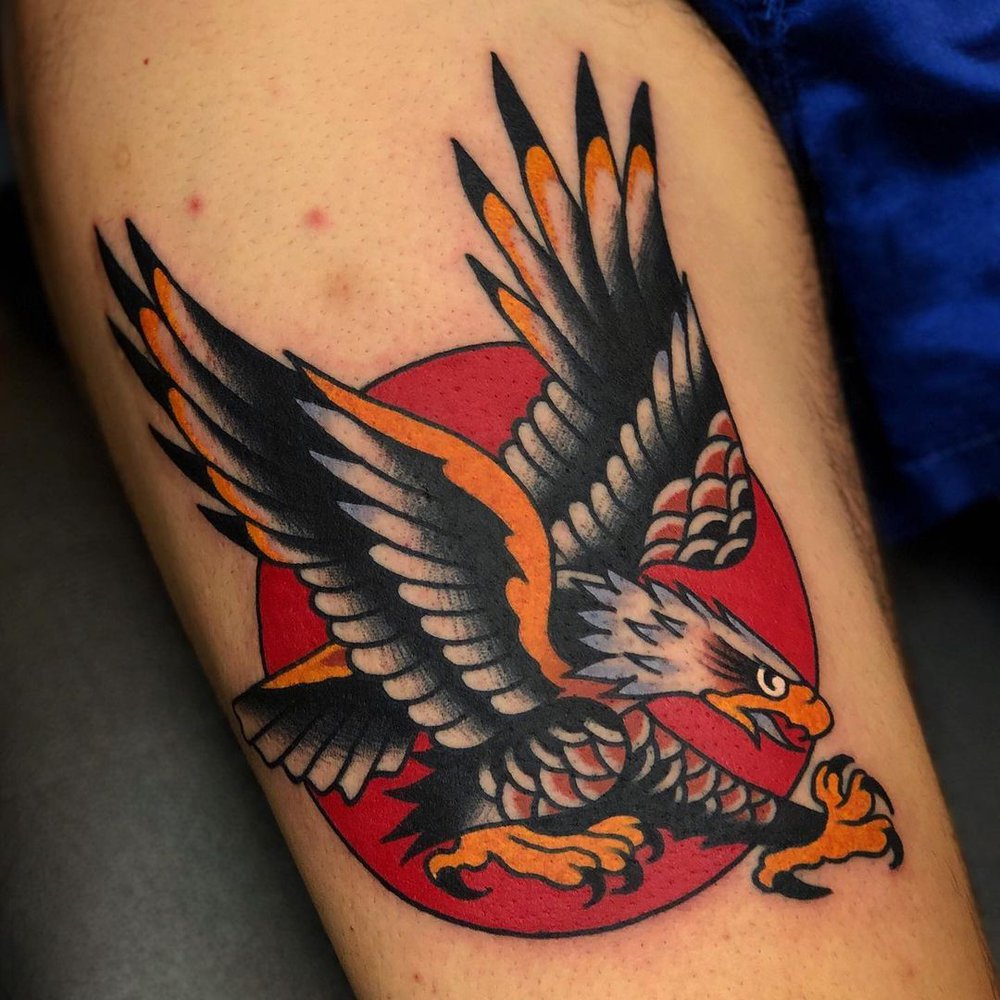 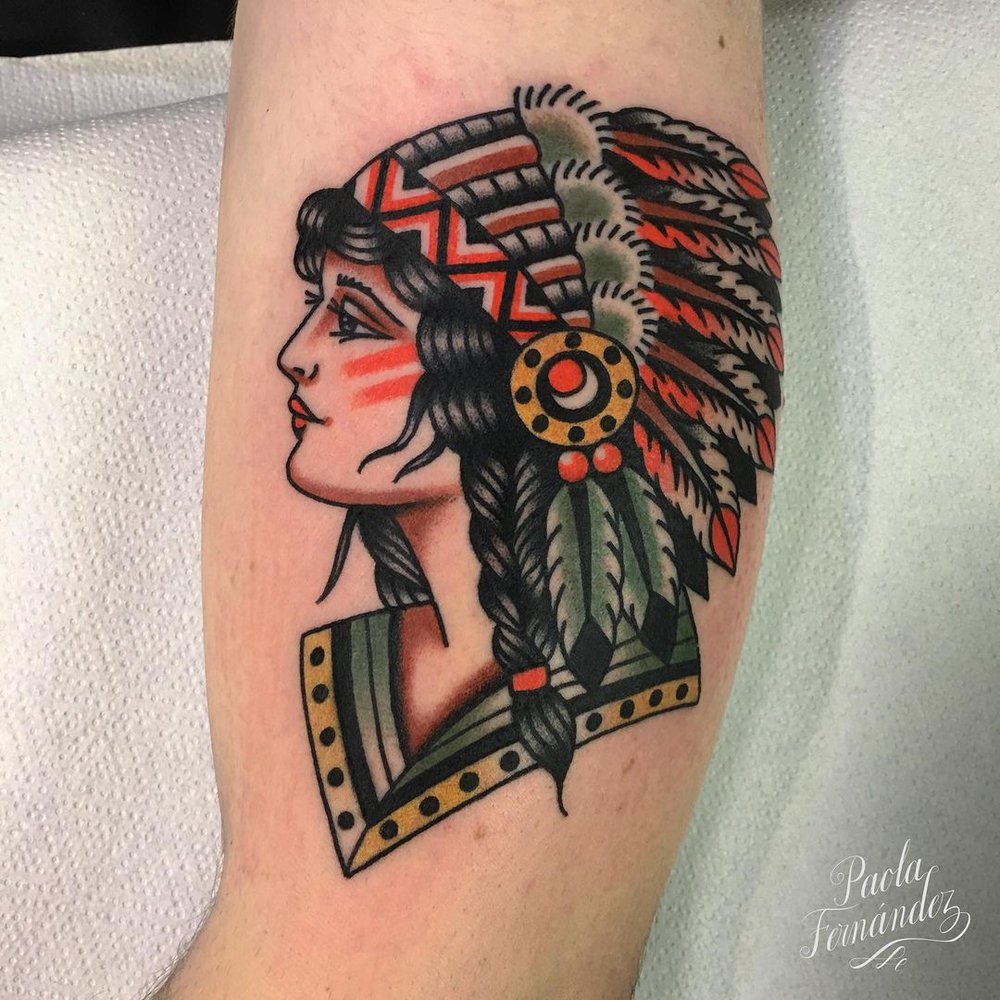 Generally, tattoos are called Blackwork if the artist has used only black ink. This can result in a wide variety of designs, which in turn are stylistically very diverse. This is why you can find almost anything under Blackwork, from ornaments and geometric designs to very finely detailed illustrations.

The fact that such a variety of tattoos can be created with black alone is a clear testament of the creativity of the tattoo scene. 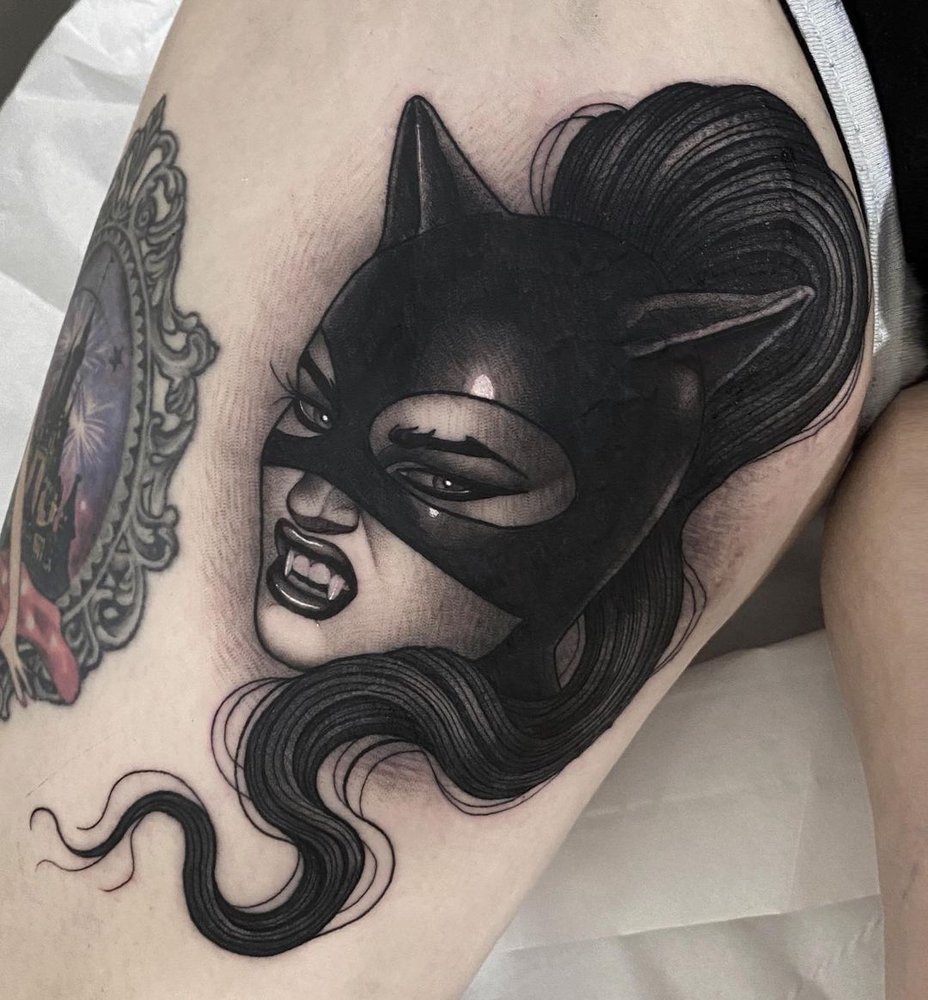 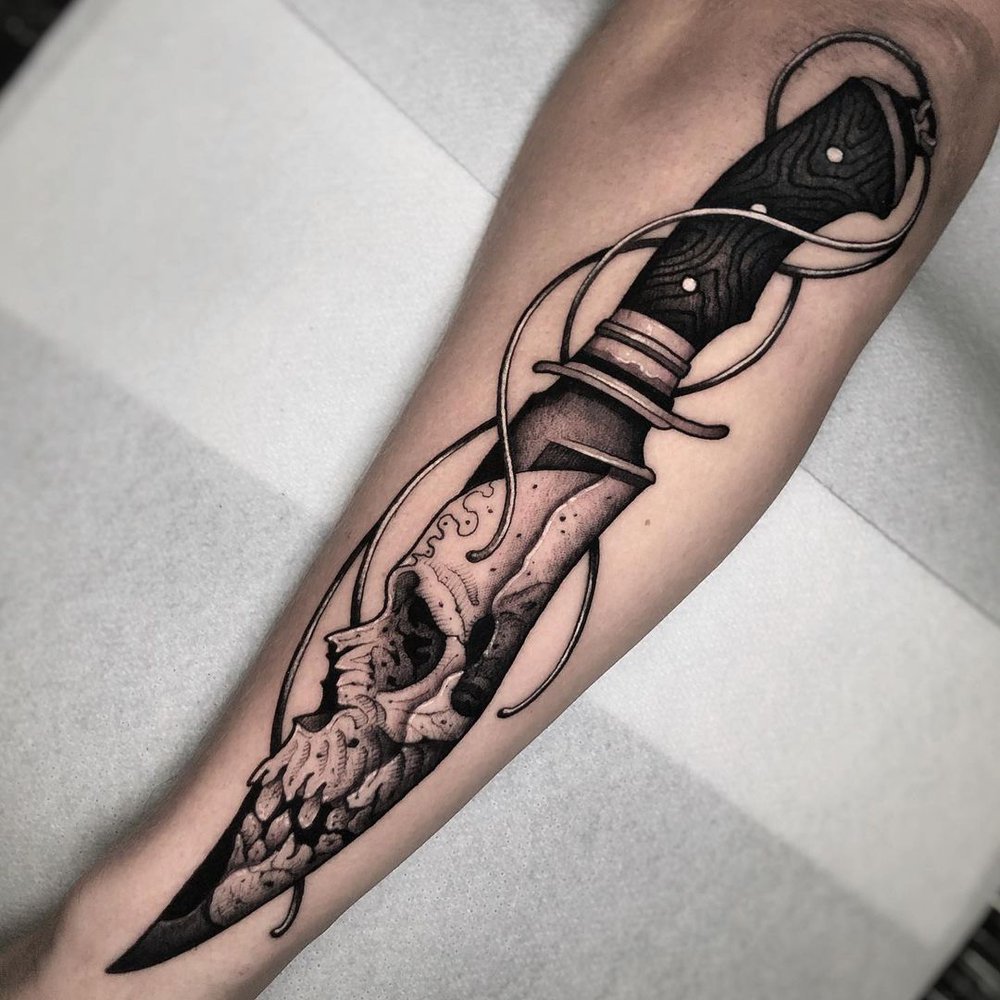 In addition, the designs can be very detailed, with tattoo artists often using thick outlines and finer lines for the details. 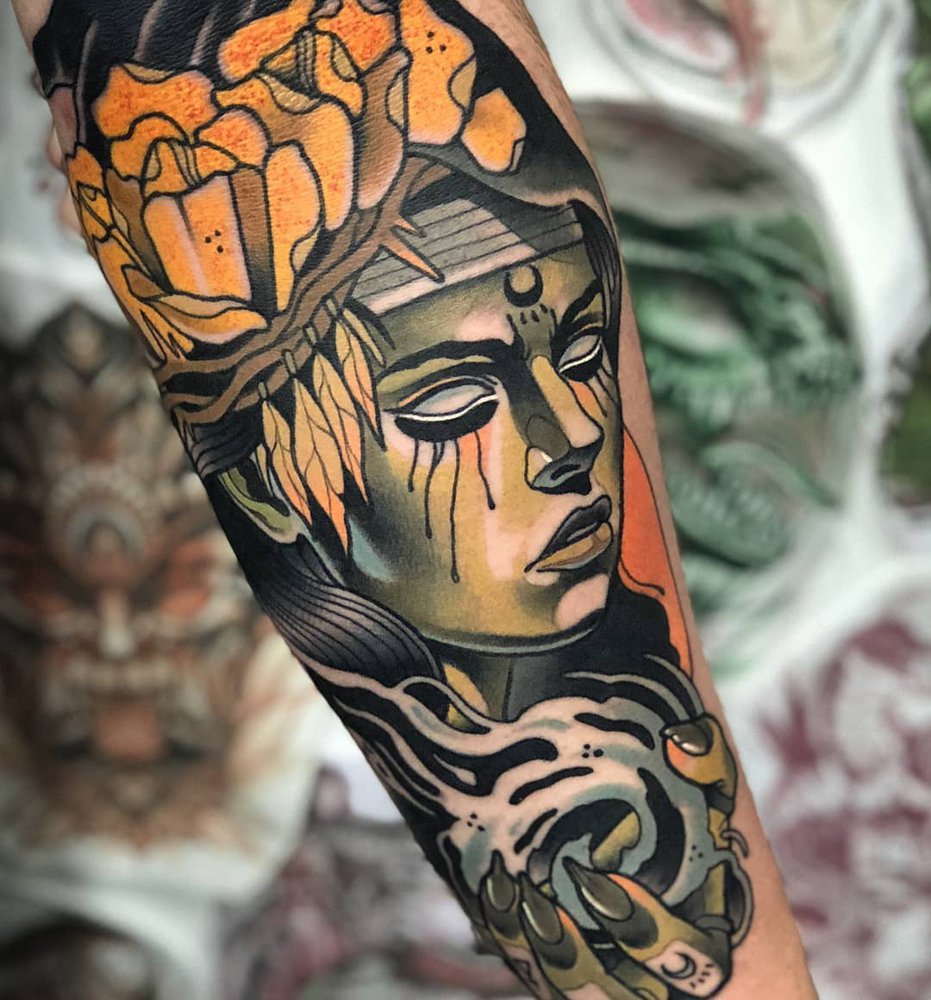 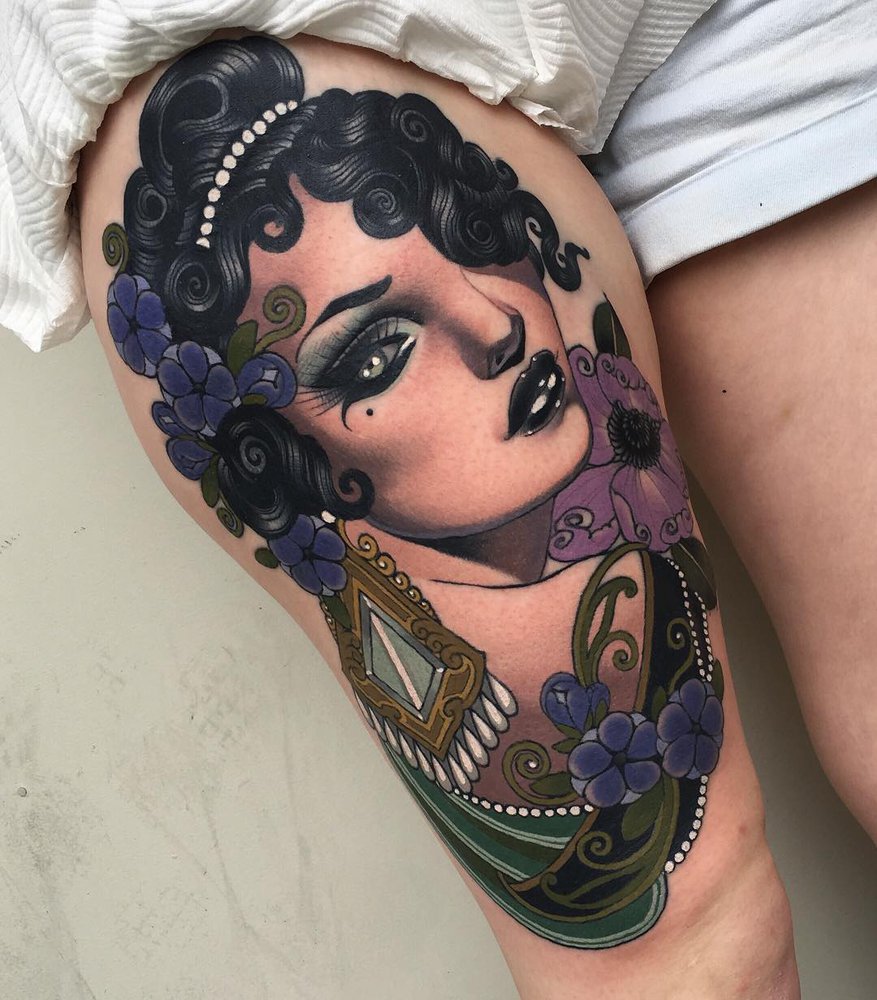 Realism is a tattoo style in which the tattoo should be as close as possible to reality. In this type of tattoo, a photo is usually reproduced faithfully and three-dimensionally on the skin. The tattoo motifs can be in colour or black and grey - more or less like a colour photo or a black and white photograph.

Similar to reality, the colour palette for Realism is also wide-ranged. Because realistic tattoos should be as detailed and true to the real colour as possible. Therefore, Realism tattoos do not have outlines, as these do not exist in the real world.

It is also common to see artists combining single Realistic elements with other styles. This gives Realism tattoos a creative touch and makes them look like more than "just" a photo. 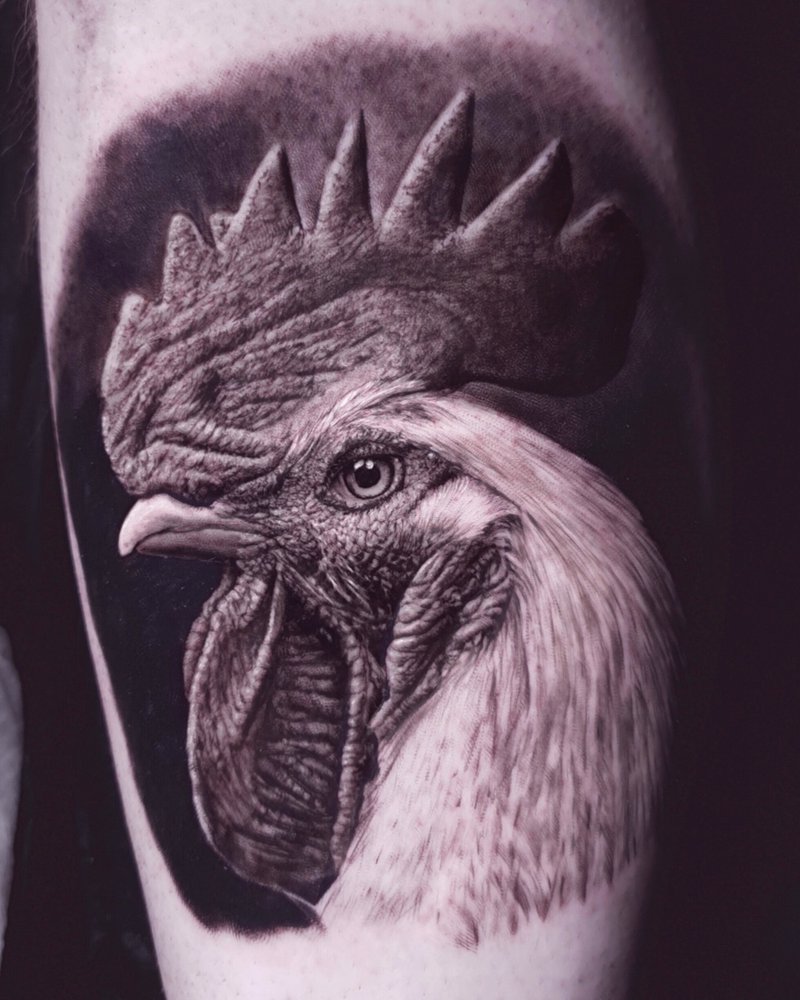 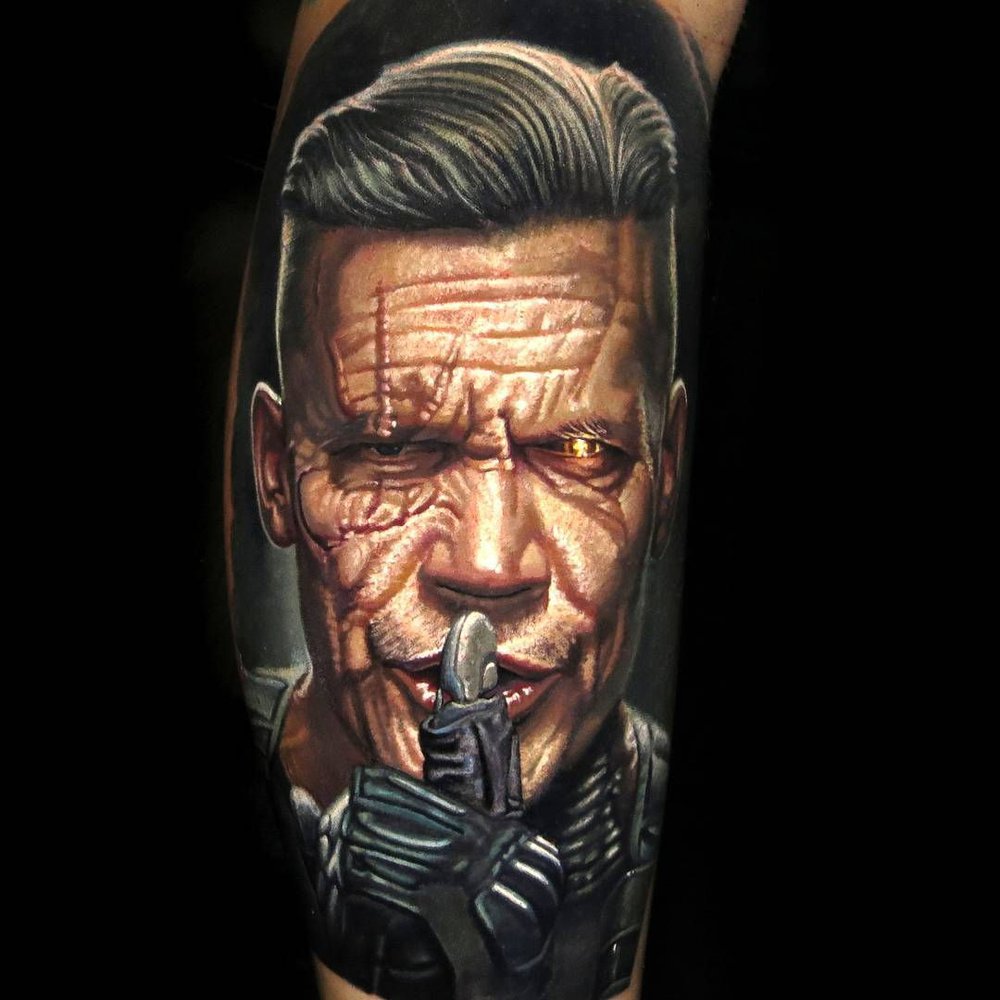 Sailors had certain symbols tattooed on them that reflected, for example, their experiences, places they visited of deployment or rank. The classic old school motifs include swallows, anchors, dragons, ships, snakes, skulls, eagles or panthers. A dragon tattoo, for example, means that the wearer has served in Asia.

Swallows, on the other hand, traditionally stand for the first sea voyage or 5,000 completed nautical miles. Similar to these examples, most of the other classics also have a traditional meaning, although these no longer play such a large role today.

What distinguishes this style quickly becomes clear when looking at the portfolios of the above-mentioned tattoo artists. The motifs always have thick black outlines and rich colours, but a very limited colour palette. This is supposed to be good for the tattoo’s longevity, which is where the saying "Bold will hold" comes from. 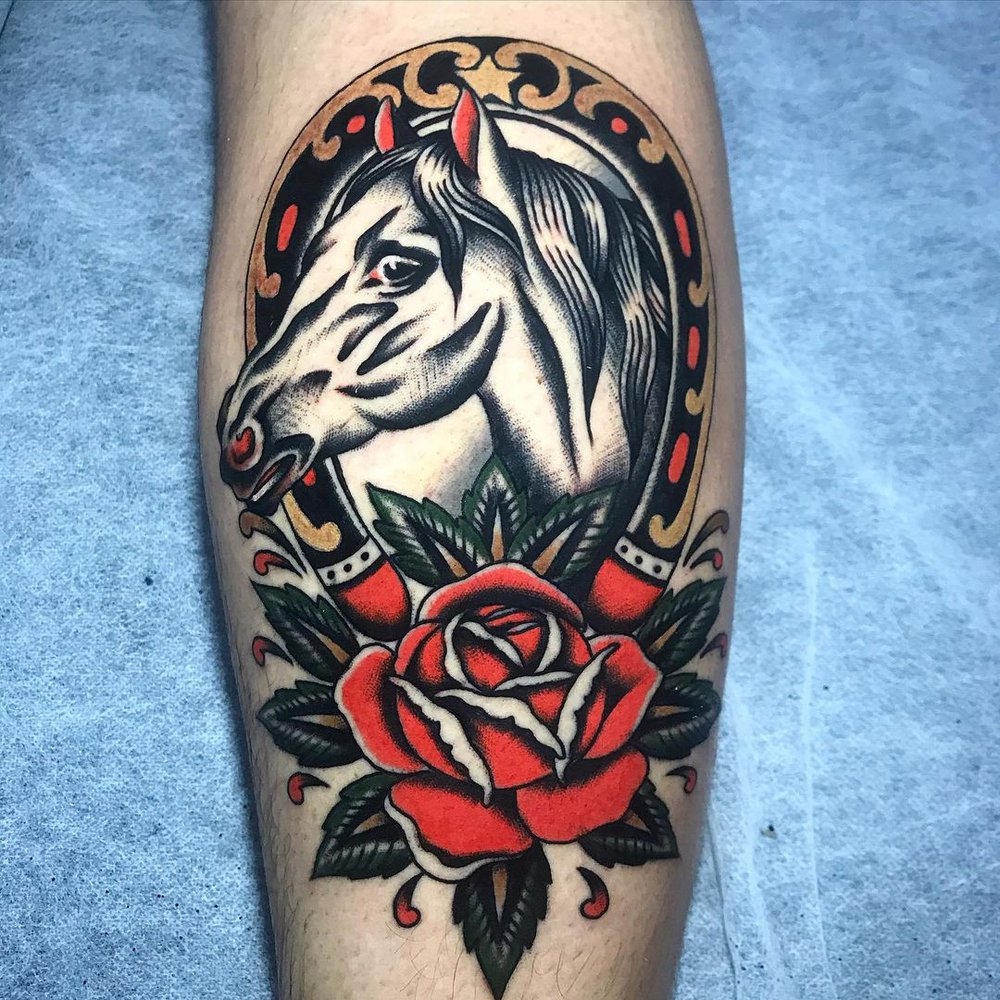 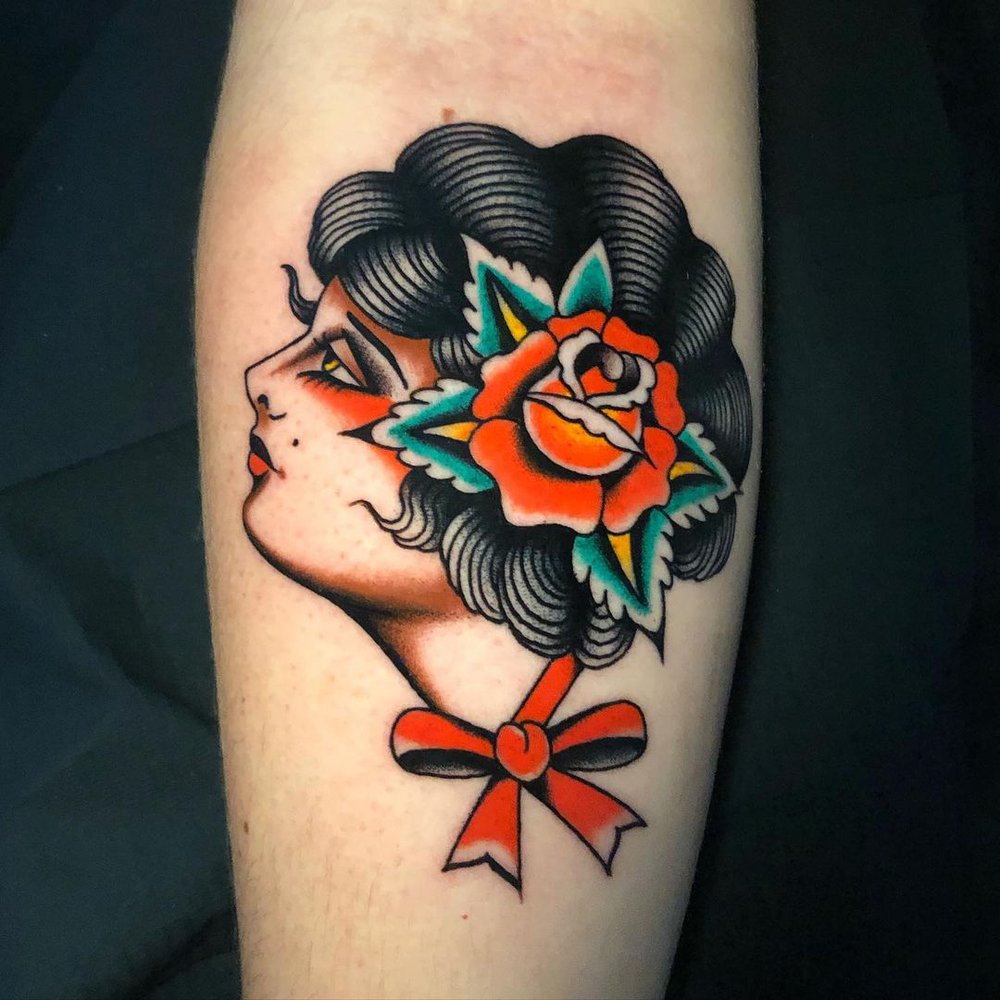 Tribals are usually silhouette-like symbols or ornaments that are almost always tattooed in black.

There is evidence that both body painting and tattooing were practised by the prehistoric Indians, the Vikings or in Asia and Africa. Tribal motifs, however, originated in the Polynesian region in the form we tattoo today.

More and more often, however, they are also seen in black and grey. 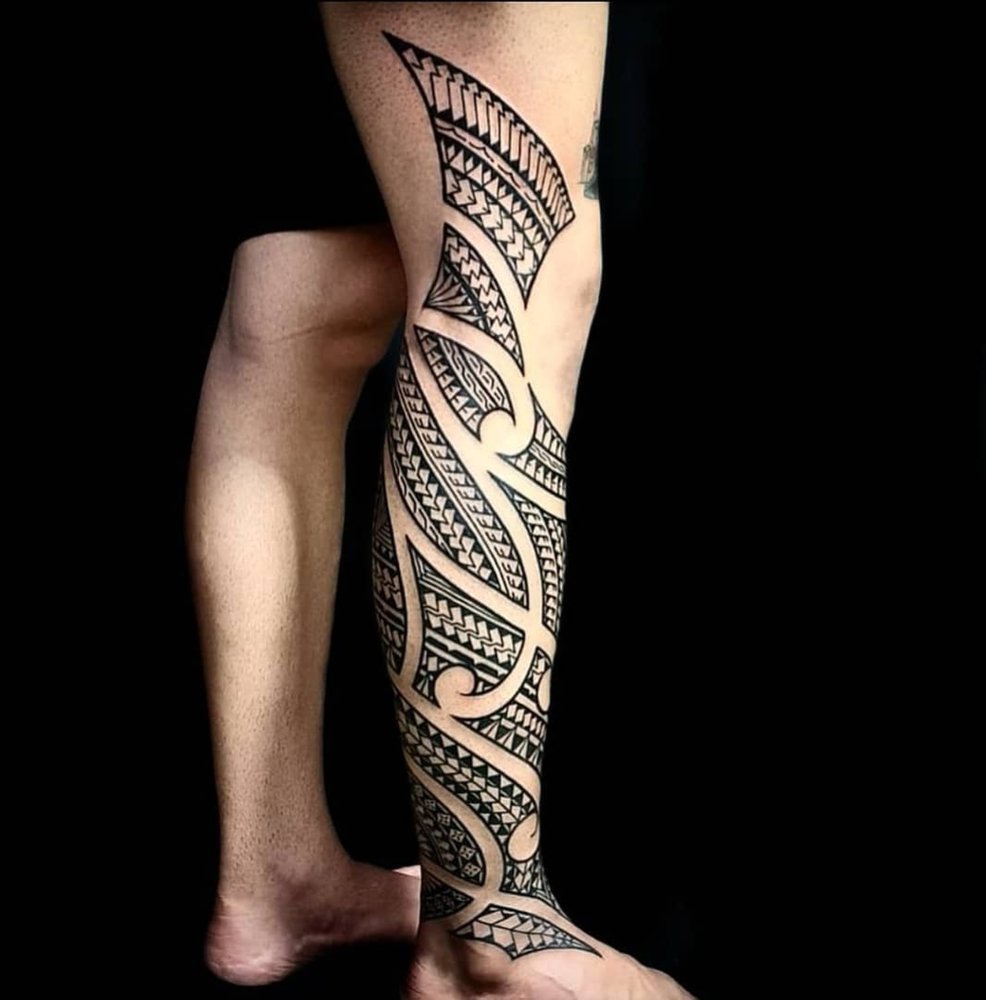 New School established itself as a tattoo style in the early 70s and gained popularity in the 80s and 90s. Although you can still recognise old school influences in this style, the differences are enormous.

The "New School" mainly includes thick outlines and very vivid, bright colours. Another aspect of this style is the very exaggerated, silly or crazy depiction of the chosen motif. So, it is not surprising that New School tattoos often resemble cartoons, graffiti or caricatures. 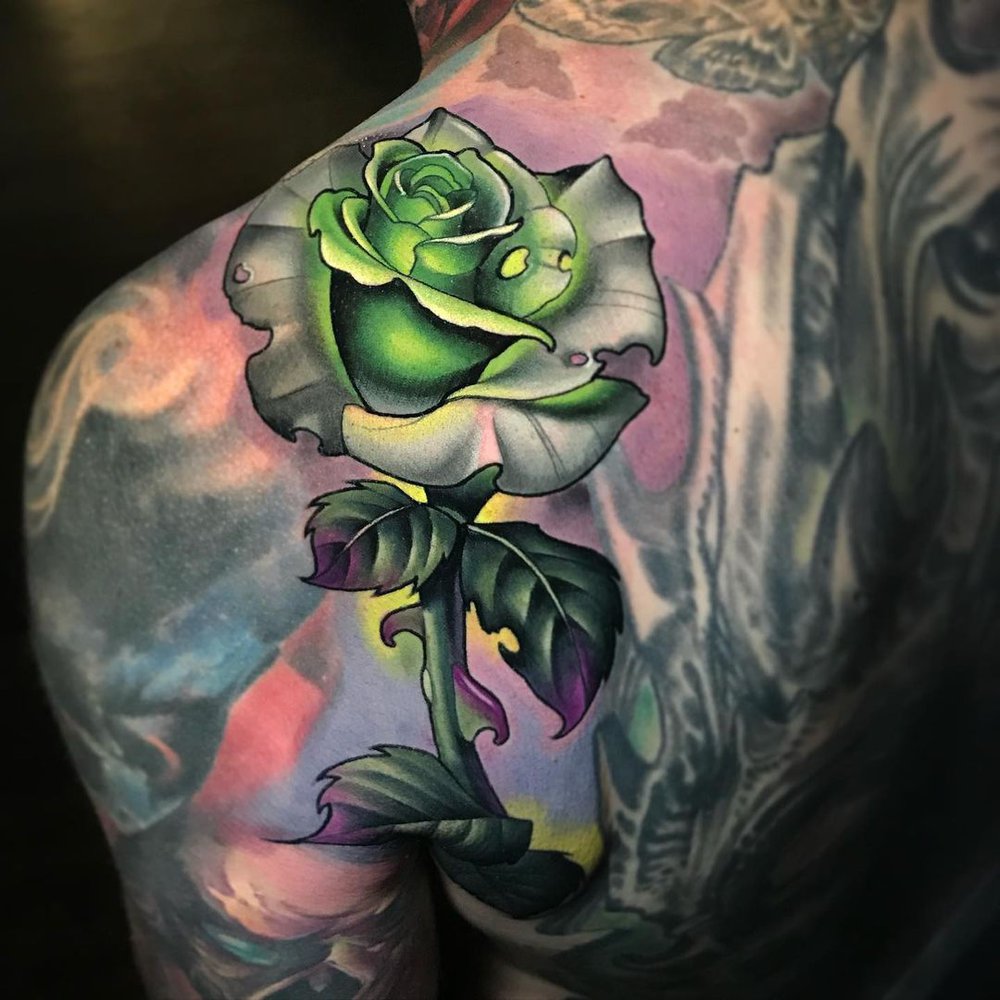 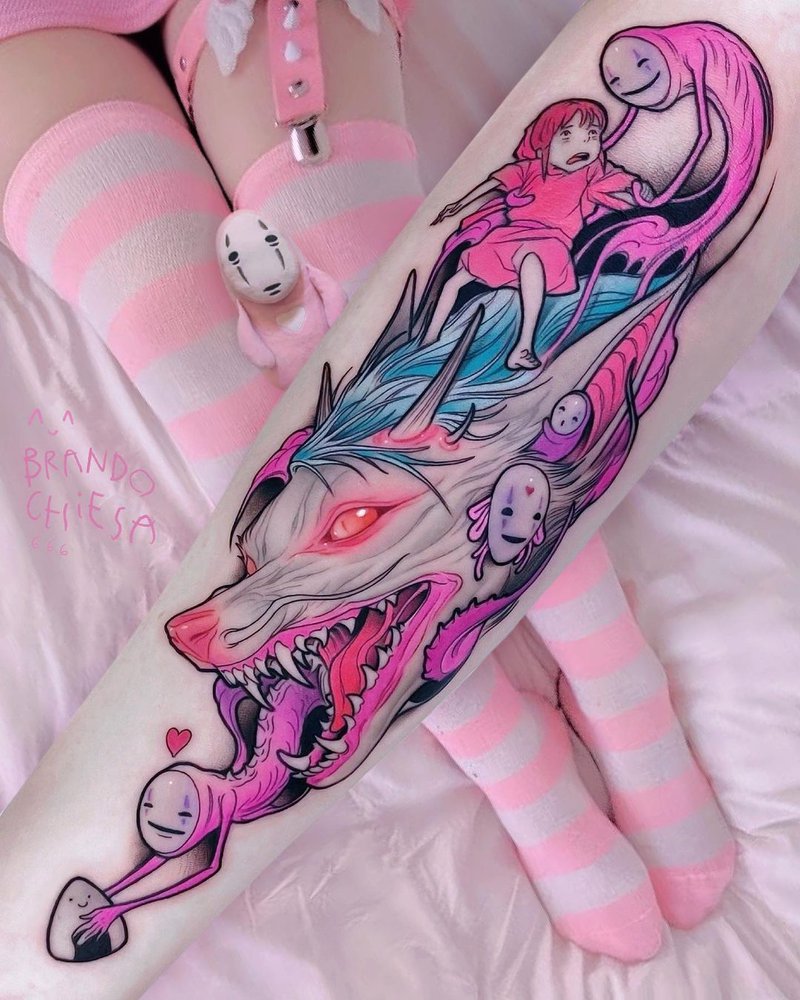 One of the biggest stars, Shane O'Neil, shows us with his portraits how realistic tattoos can be. These are a subcategory of Realism (i.e. realistic representations of images).

Without the black outlines of the better-known styles, artists create eerie interpretations of people in both colour and black and grey. 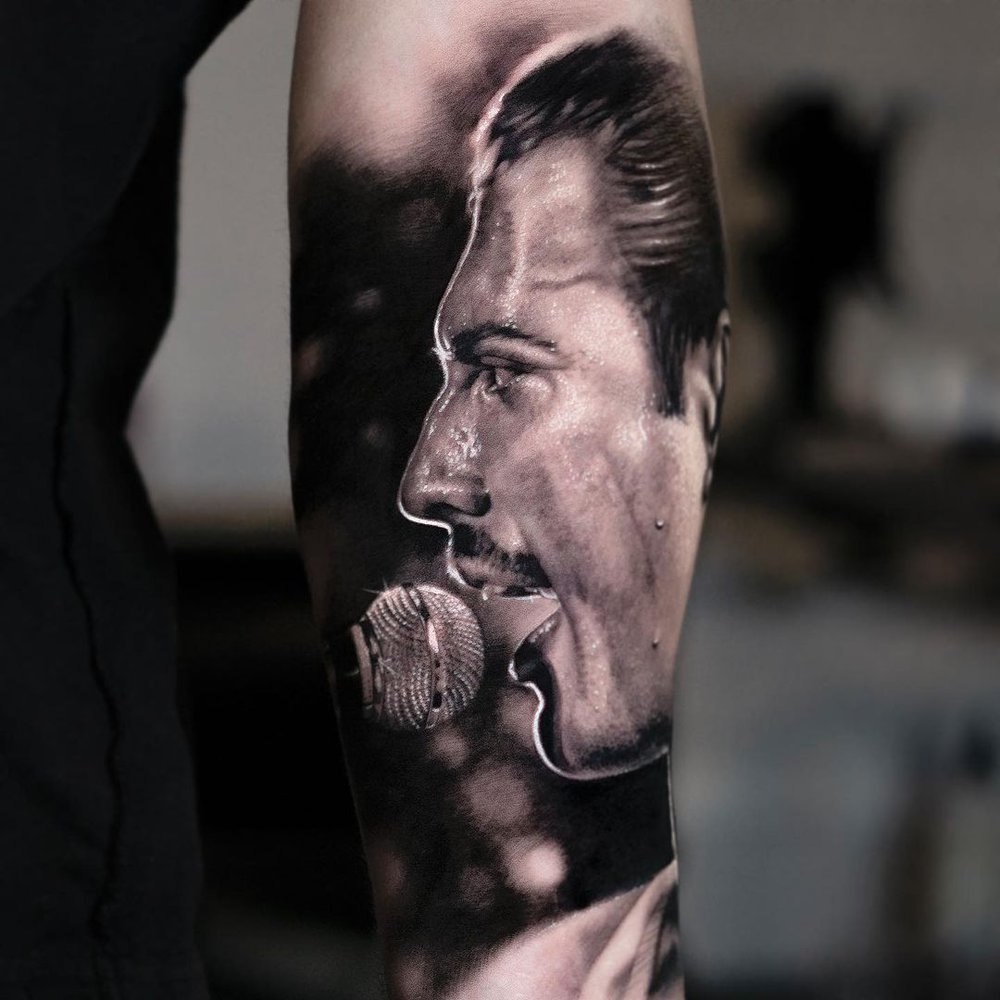 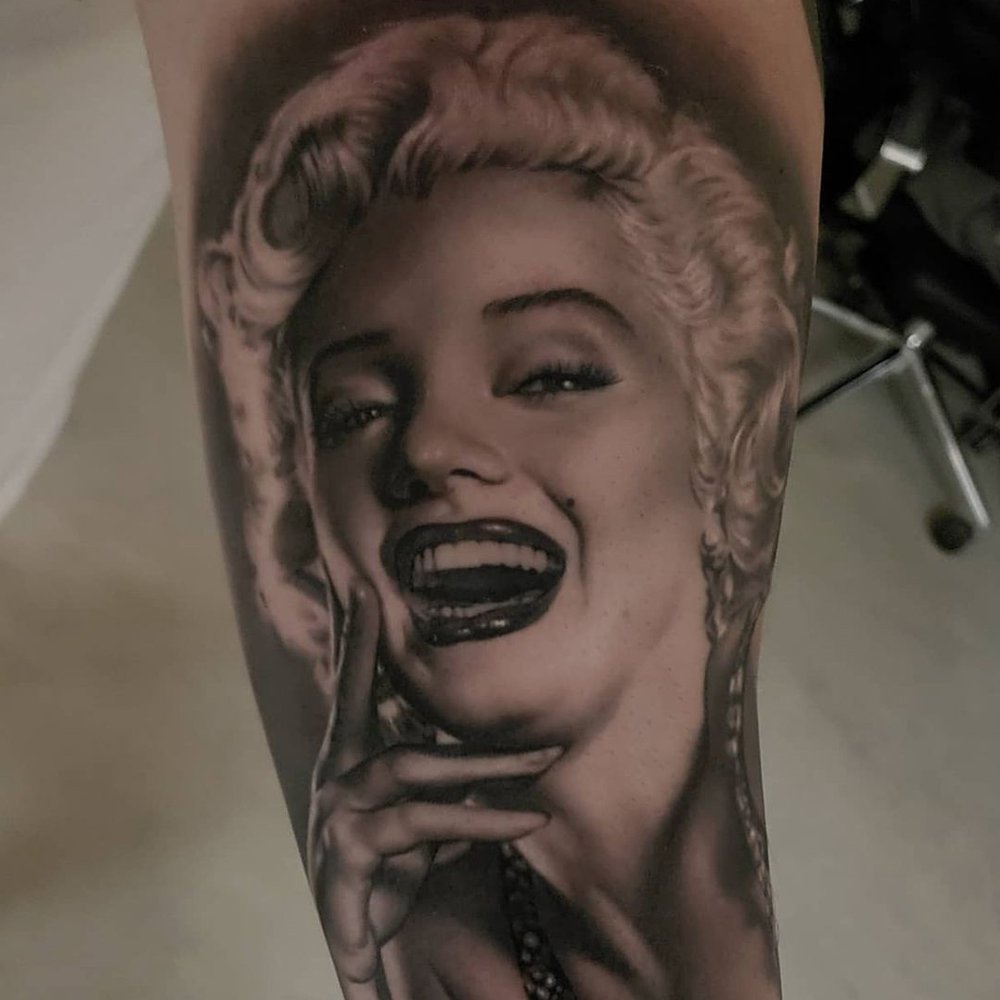 Biomechanical tattoos are usually done freehand, adapt to the unique course of the body and are meant to imitate machines that might be hidden under the skin.

When talking about this kind of tattoos, one can hardly avoid mentioning the name Roman Abrego. His alien and machine-inspired images cover the arms and legs of his clients. 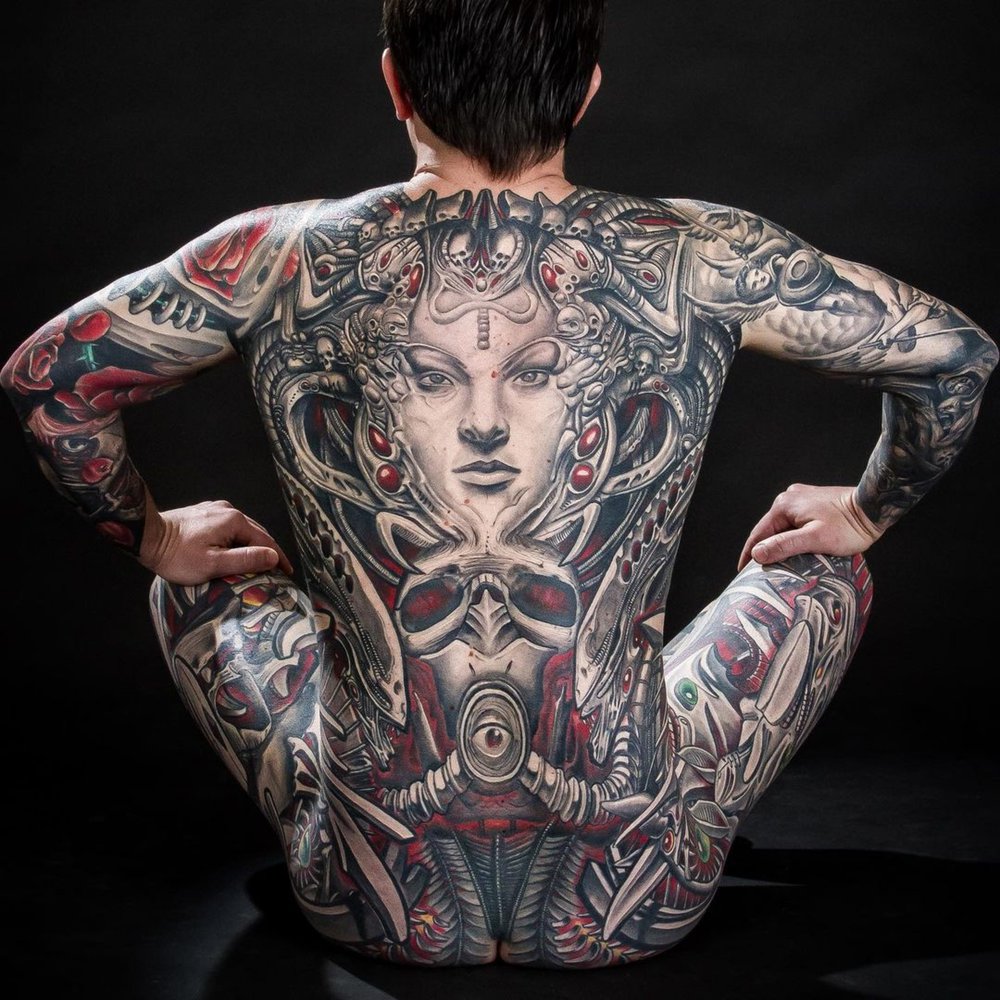 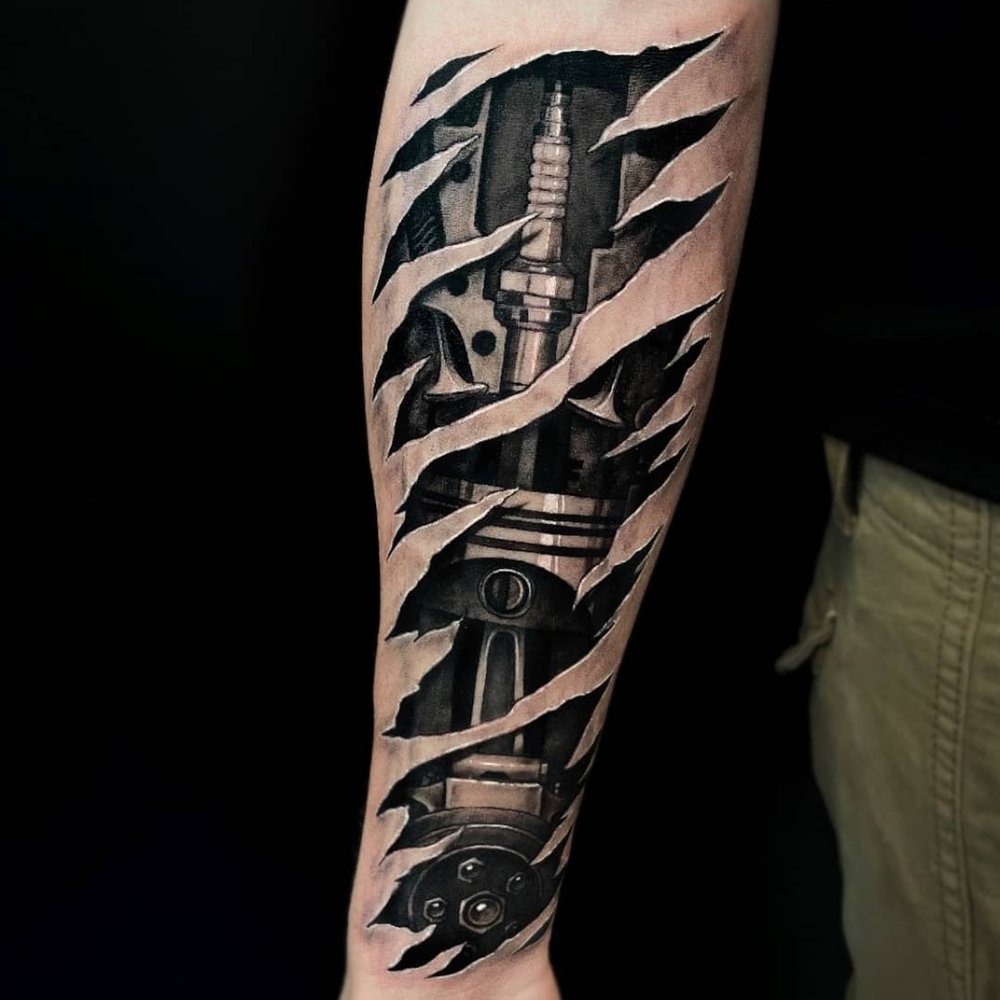 Sketchy is the name given to tattoos that resemble a typical pencil sketch. Lines can also be imperfect and unfinished or not coincide exactly. A sketchy motif can still contain orientation lines as a stylistic device, for example, or be hatched in some areas. In addition, regular colour areas or thick outlines are rather unusual for this style.

Generally, the motif looks like an unfinished draft - something that is still in the middle of editing. But on the skin, such a sketchy motif has a completely unique effect than on paper, as the viewer knows that it is usually completed. In addition, some tattoo artists combine sketchy elements with other stylistic devices to create a "raw look". 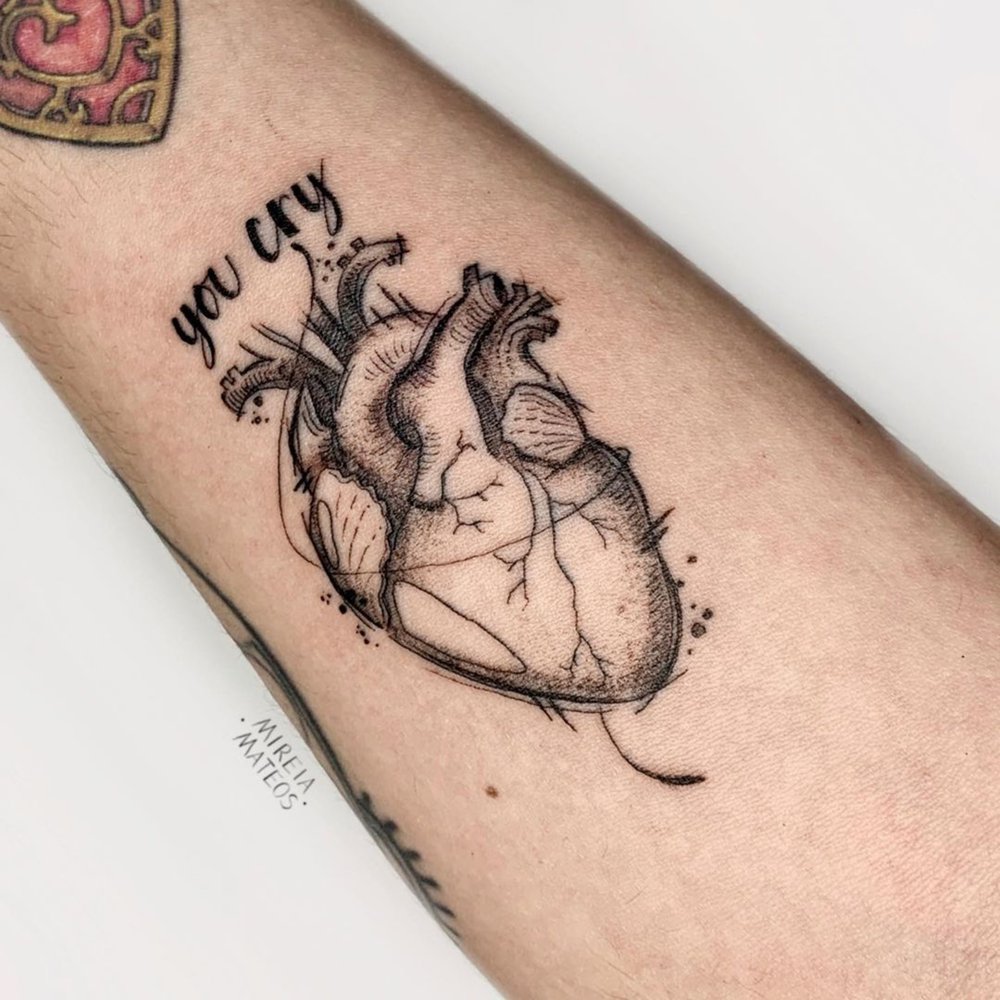 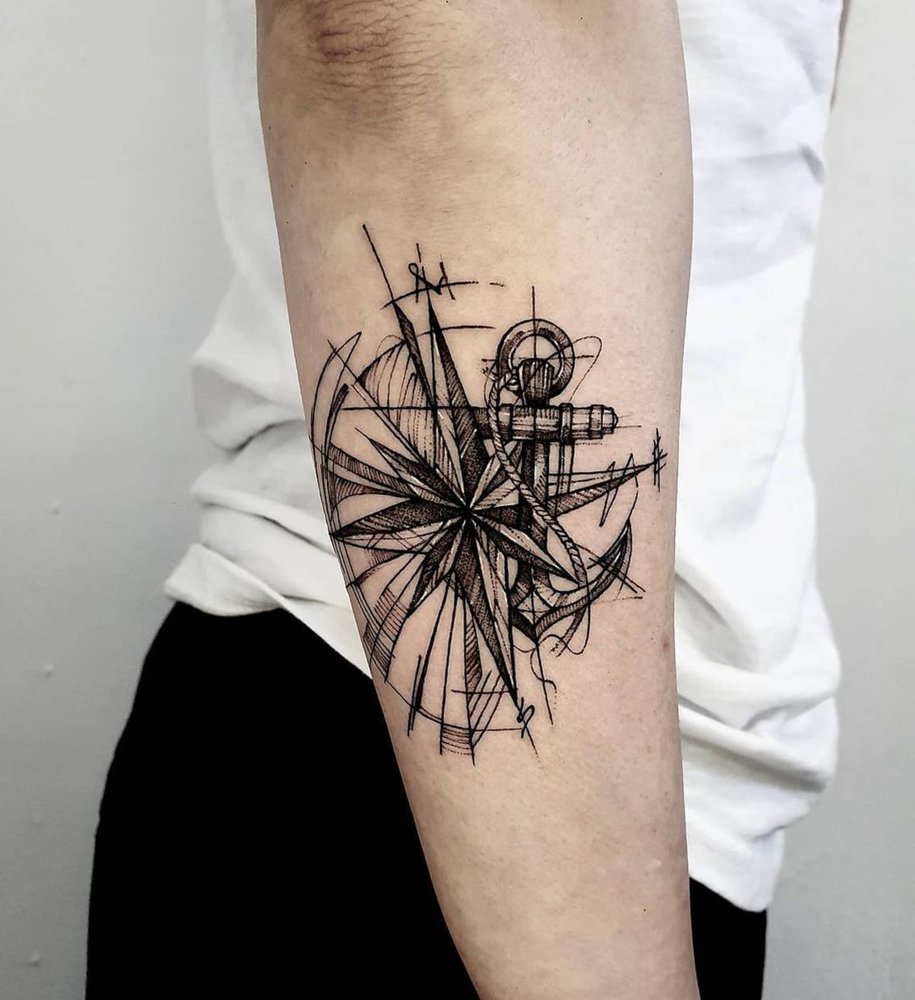 Geometric tattoos, as the name suggests, are characterised by geometric shapes. In addition to typical shapes such as triangles and circles, this style also includes fancy patterns composed of shapes only. An important feature of such patterns is that they are regular and a certain sequence of shapes is repeated.

Of course, it is especially important for geometric tattoos that the tattoo artist works cleanly. Only with straight and even lines can a geometric tattoo achieve the desired effect. 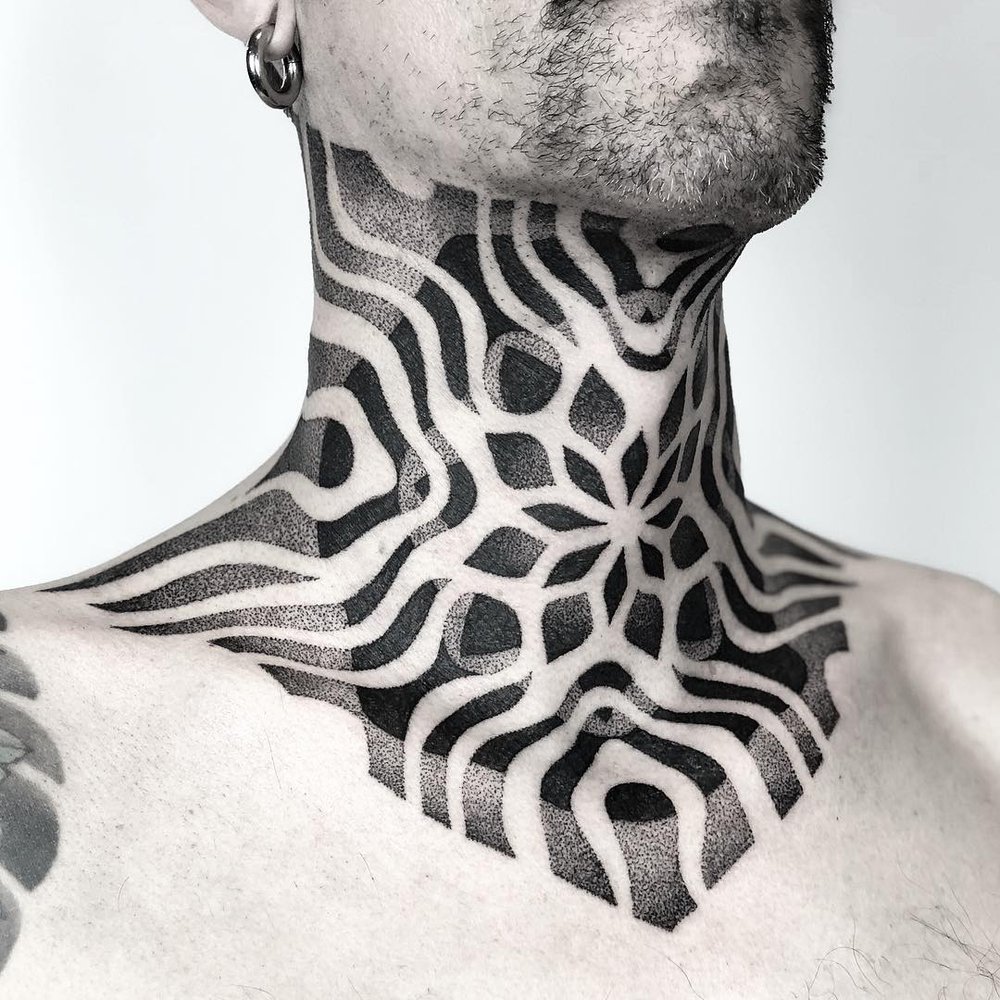 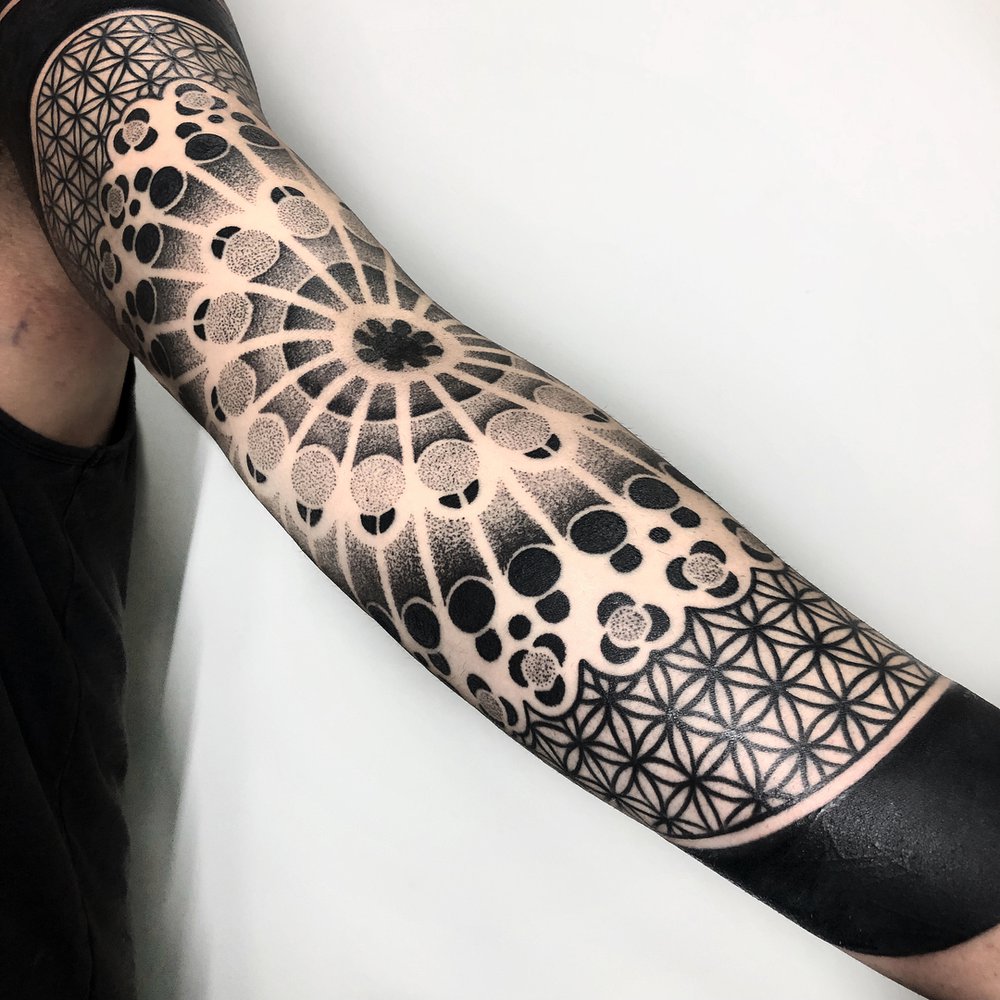 Japanese traditional tattoos are known as Irezumi. These tattoos originated in the Edo period, although they were more popular among the working class in Japan. Since tattoos were used from 1720 onwards in Japan as a kind of branding for criminals, tattoos acquired a very negative connotation.

They were also often associated with the Japanese mafia. Tattoos were even completely banned in Japan until 1948.

The motifs of Japanese tattoos often come from mythology, legends, symbolism or the history of the country. In addition to dragons or demons, for example, you will find cherry blossoms, which are considered a symbol of beauty or transience.

Traditional Japanese tattoo motifs are as diverse as Japanese art and history. Stylistically, Japanese tattoos are characterised, above all, by clear colours and rich details. Likewise, this style is particularly suitable for larger areas. That is why large projects such as sleeves, front pieces, back pieces or complete bodysuits are often included in the Japanese style.

Even today, tattoos are still stigmatised in Japan and associated with criminality. But the trend is actually going in the other direction: Fewer and fewer gang members are getting tattoos because they don't want to attract attention. And so, the connection between the criminal milieu and tattoos is also gradually dissolving. 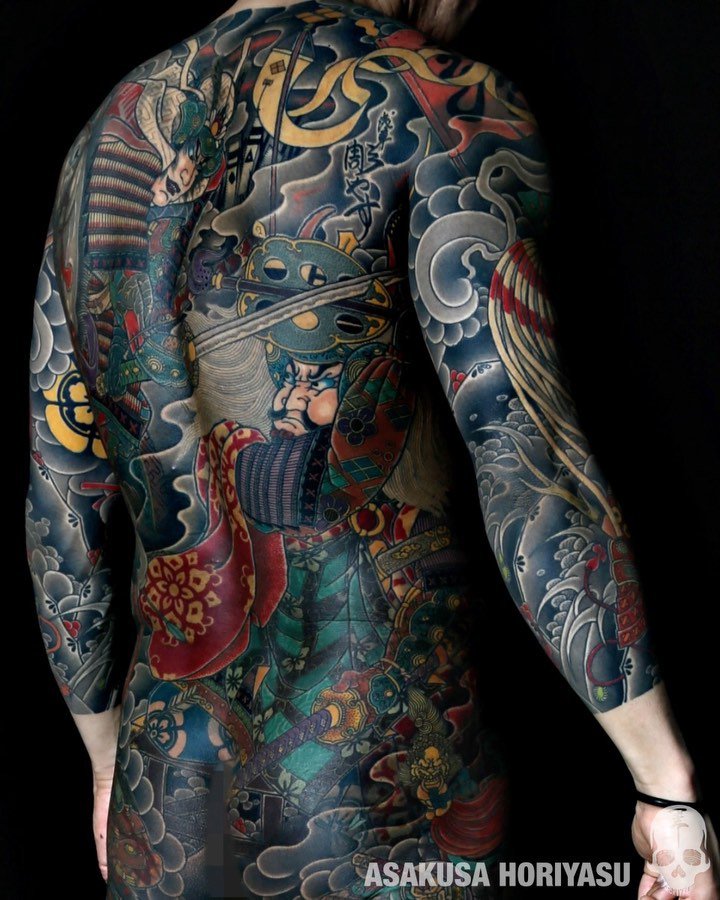 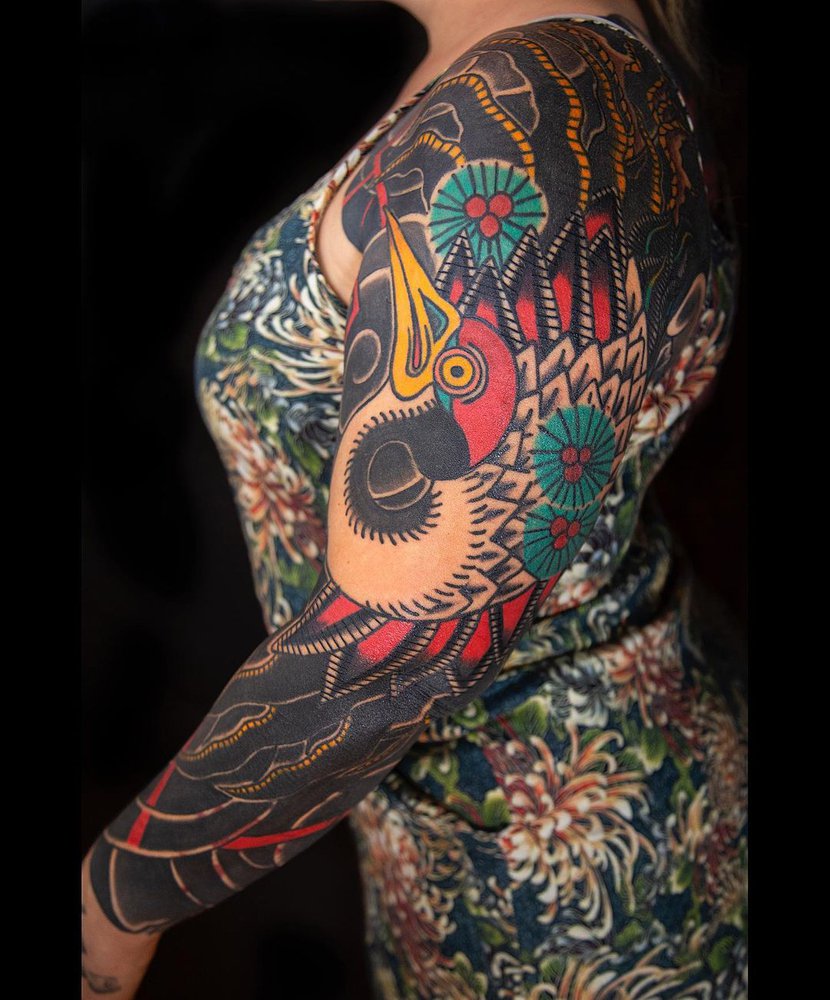 In addition to the types of tattoos listed here above, there are, of course, other types of tattoo styles such as dotwork, abstract, lettering, watercolour, minimalistic and so on. Some of these merge smoothly into the styles presented here and have therefore not been given their own slot.

If you want to learn realistic style tattoos, you should definitely check 10Masters Online Seminar for Realistic Tattoo with Coreh López.